Richard Cory
BY EDWIN ARLINGTON ROBINSON
Whenever Richard Cory went down town,
We people on the pavement looked at him:
He was a gentleman from sole to crown,
Clean favored, and imperially slim.

And he was rich—yes, richer than a king—
And admirably schooled in every grace:
In fine, we thought that he was everything
To make us wish that we were in his place.

So on we worked, and waited for the light,
And went without the meat, and cursed the bread;
And Richard Cory, one calm summer night,
Went home and put a bullet through his head.

He might have killed himself because looks can be deceiving or money can’t buy happiness which could also be themes for the poem. So maybe everyone thought he was happy and thought since he was “richer than a king” that he had everything, but maybe he didn’t have what he most desired in life.

I am interested  in money and the color orange. My hobby is sitting on the couch and watching T.V. Horses are my all time favorite animals,because they’re so big and pretty.

My expectations for this school year are getting good grades, having fun and enjoying the school year,and being with my friends.

Doggies are so many different colors,
you were brown

all I need is you around
when I first saw you I turned around,

told my mom that you were the
perfect,
most charming
Doggie in town.

Earlier this week the Jews were escaping from the Nazis that were taking them to all sorts of camps.  Scared to death of the Nazis and their dogs, the Jews were hidden in tiny, cramped compartments to get across Oresund to get to Sweden.  The Jews are very grateful for a new invention, a handkerchief.

But not just any handkerchief, a crafty handkerchief coated in rabbits blood, and cocaine.  This creation was designed to attract the dogs with the rabbits blood, and make the dogs lose their sense of smell temporarily. The Nazis have been relocating the Jews, however some Jews have been brave enough to stand up to the Nazi soldiers.  Unfortunately those who have been housing or hiding the Jews have been executed.  This needs to be stopped, and others have tried, however those who have, haven’t lived.

When we interviewed Hitler he said that Jews were “selfish, and mean people that don’t know what they’re doing at all.” However, we do not agree with this.  We interviewed a bystander who saw a Jew slain in the streets by a Nazi soldier who was standing on the street corner.  The body was later dragged to a death camp and burned.  Many people were astonished by the soldier’s cold, spiritless face.

This Nazi soldier was completely unbothered by the fact that he had just murdered this innocent Jew.  Many people have been following Hitler, and letting him influence them, therefore there are a lot of people involved in the Nazi party.  The yellow stars that the Nazis made the Jews wear, we truthfully believe, were degrading.  Hitler thought that the rest of the world was completely ungrateful about what he had done for them.  The Jews thought that Hitler was a mean, idiotic person, who had no talent for art. 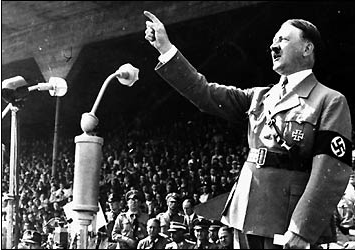 The German soldiers were heartless people, that didn’t care about the Jews at all.  When we interviewed Hitler he also stated that he was very angered that most of the Jews they were trying to relocate were escaping to free countries.  Hitler also stated that in 1940 he plans to take over Denmark.  Those who have family there need to send word, so that maybe your family won’t be murdered by German soldiers, and that concludes our daily article over Jews escaping the Holocaust.

My mom
Well I was suppose to go see my brother in Comanche ,but my mom had to have surgery , she had her gallbladder taken out and so I didn’t get to go .My mom couldn’t pick up any thing over 5 pounds.So all I did was sit around and watch TV, ALL DAY LONG,ALL WEEK LONG,untill she needed help (witch she didn’t really). But that is my most memorable moment.

April13,2009 at 7:02 A.M I woke up to the sound of my dog chewy yelping.
I got up and ran to my moms room and said somethings wrong with chewy I herd him yelp,my mom ran outside, but by the time she got out there he had died.I cried for a really long time but I found out that my dog pookie carried him back to the house and also my neighbors ( killed)  him. Eventually I got used to him not being there with me ,when I thought of him I, thought hes in a better place (NOW).Chewy was lazy,loud,and cute.

I miss him a whole lot.